We Are Canada: The people who will help forge our future

We Are Canada: The people who will help forge our future

Ken Dryden on the Canadians who show us what’s possible—and what Canada could be, as we enter its sesquicentennial 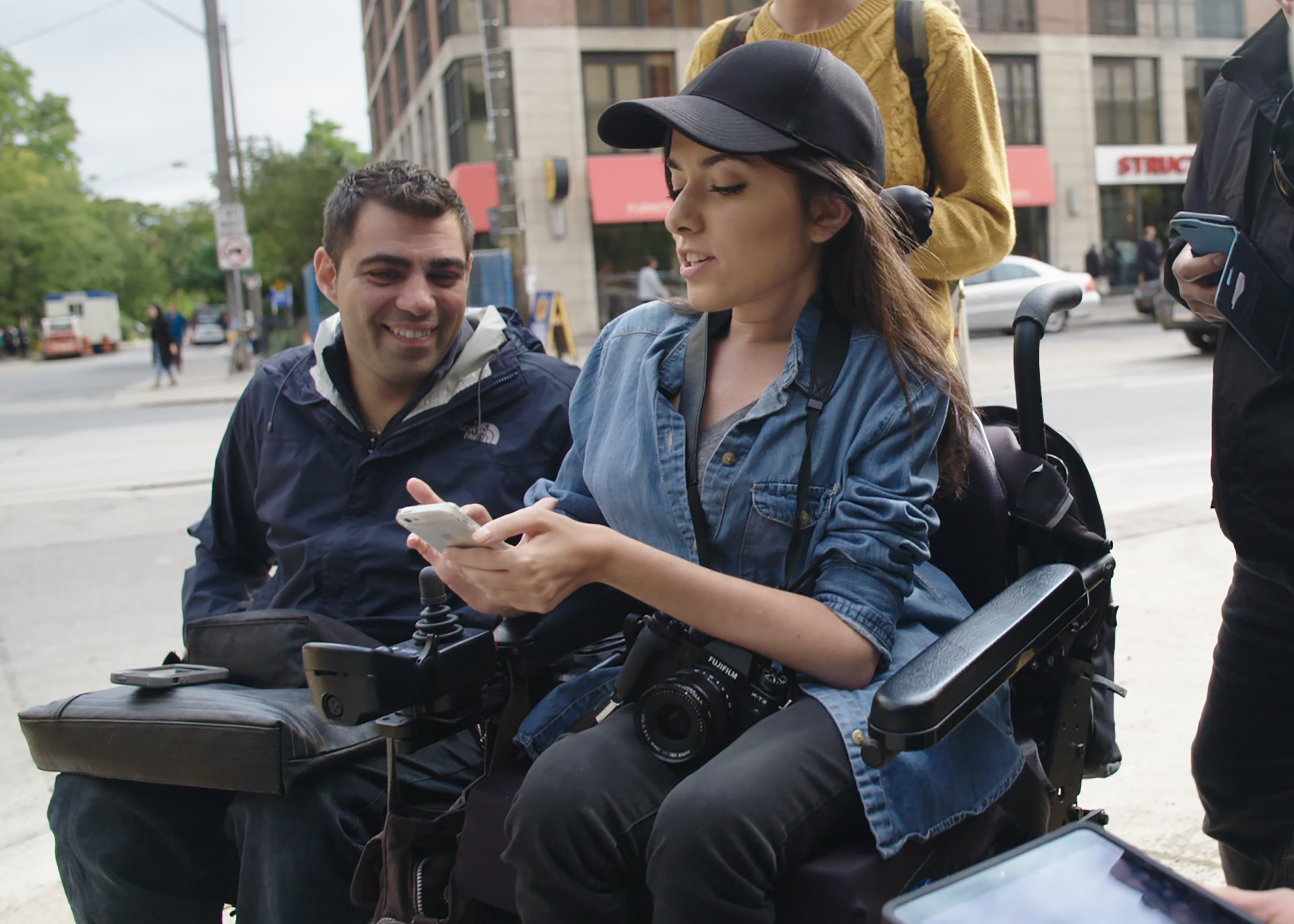 Maayan Ziv zips around downtown Toronto. She is in a wheelchair, but that doesn’t matter hugely to her, nor that she has a form of muscular dystrophy, nor that she is young, nor that she is tiny. “I’m not thinking small,” says the 25-year-old photographer. “I want to go big.” The only thing that really gets in her way are the stupid little barriers the rest of us don’t think about. The rampless few inches of concrete between a sidewalk and the inside of a store, for example. So Maayan is going to make us think about that. She’s created an app—green pin, accessible; red pin, inaccessible—that all of us can have with us to help us decide if that cappuccino tastes just a little smoother, a little less bitter, in the green-pinned coffee shop than in the red. And if she can do this on Queen Street in Toronto, why not on every other street? Why not in Tokyo and Tulsa, too? And if you watch her even for a few minutes, you will want to help her try. 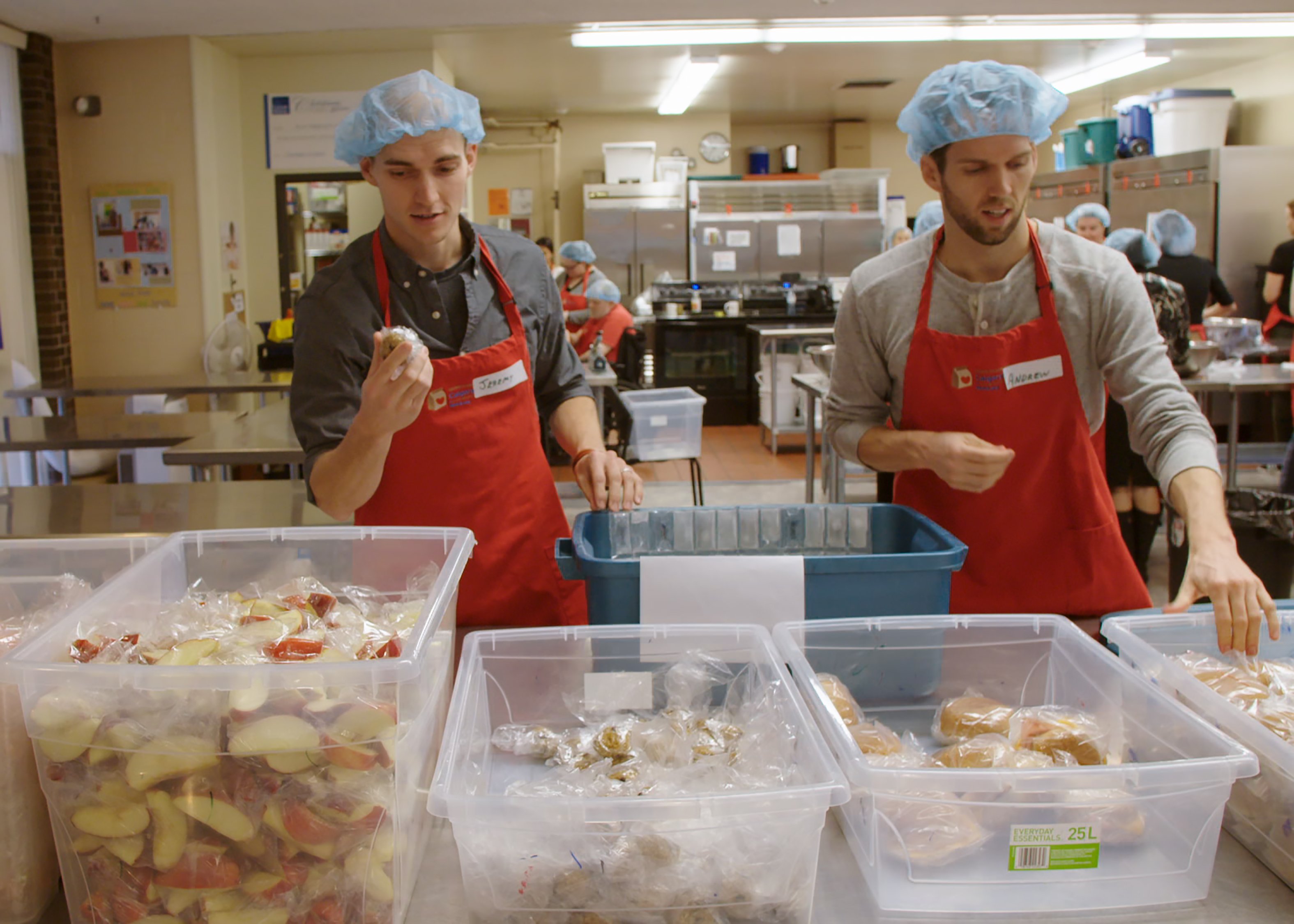 Andrew Hall and Jeremy Bryant are cousins, two years older than Maayan. They grew up in Calgary living the life they were supposed to live. They both graduated from university. They both got good jobs, Andrew as a consultant, Jeremy as an accountant. Both were making good money. They were on their way. It’s not as if something was missing; it’s just that it seemed there might be more. All their lives, they had found that when they did something that made someone else a little better off, it made them feel good. Maybe that might be a part of their lives, too.

So they started Mealshare. They signed up the Blue Star Diner. Then a few more restaurants, then a few more. Order one Mealshare-designated item from the menu and $1 goes to a food bank or a school food program. A few months ago, Andrew and Jeremy served their one millionth meal. And if one million, why not 10? And if Calgary, why not Cairo and Copenhagen? 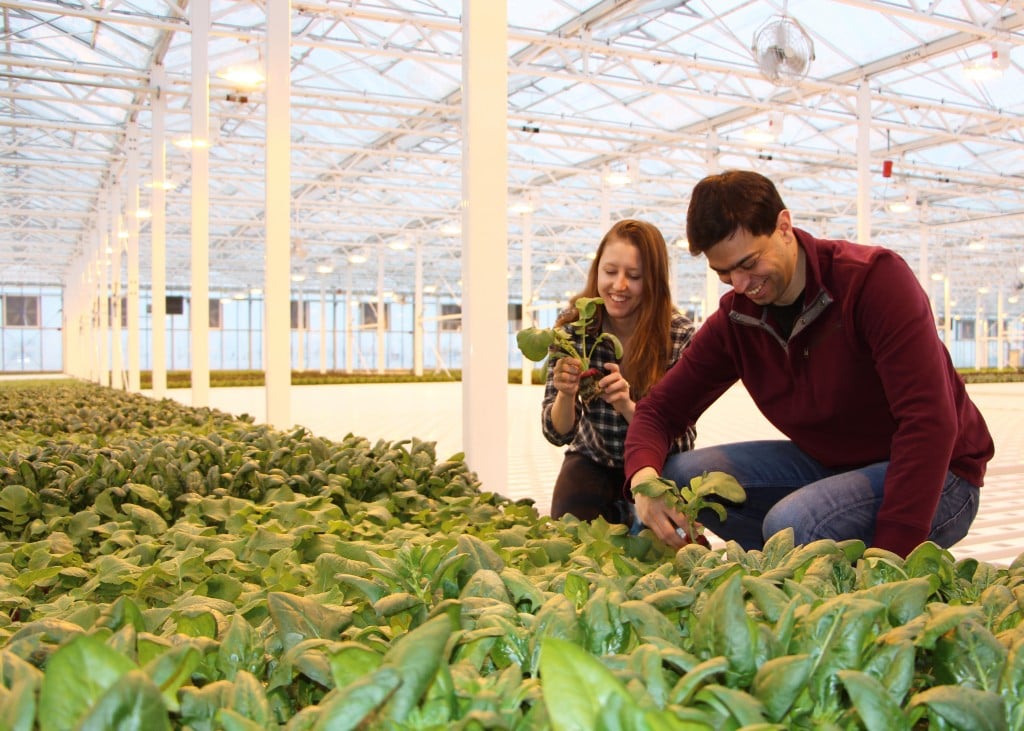 Mohamed Hage and Lauren Rathmell live in Montreal. They have a baby daughter. Together, and with the help of a few others, they created an urban farm. Not an urban garden, and not in a contaminated vacant lot, but on a vacant rooftop. On average, the produce we eat in North America travels 2,400 kilometres to get to our plates. Mohamed and Lauren wonder why that has to be. So they started to experiment, and experiment some more. They’re still experimenting and doubt they will ever stop. In 2013, they built a second rooftop greenhouse, in Laval, Que. And now they have thousands of customers. People order their food, it is harvested in the early morning hours, and it is there in the stores 12 hours later.

After you’ve seen Mohamed and Lauren’s farms, you will never see an urban rooftop the same way again. Warehouses, supermarkets, arenas—anything that’s flat will do. Why not every Canadian Tire, every Tim Hortons? Everyone tells Mohamed that Canadians don’t want to be farmers. He disagrees. They just don’t want to leave cities. So why not be an urban farmer? If buildings are going to cover over vegetation, why can’t vegetation cover buildings? To Mohamed and Lauren, it’s about seeing what’s already there differently.

These are a few of the people you will meet in our series, We Are Canada, which begins on CBC on Sunday, April 9 at 7 p.m. (and also on Radio-Canada this summer). They are all just so interesting, so great to be around. They let us see what’s possible, what the future might be, what Canada might be. When a country has a milestone birthday, like Canada’s 150th, instinctively we stop a moment, look around, see where we are, see where we’ve been, see how we got here, see where we’re going. And then, like our own answer or not, we ask ourselves if this is where we want to go. Governments have a need to be involved in milestone years. So do big companies and universities and Grade 5 classrooms. And at moments like this, instinctively we look back, because that’s where we think we should look. After all, we are what we are because of those who came before us. Not to pay tribute to them would be ungenerous and wrong.

But the best way to thank anybody in the past is to make today better, and tomorrow better still. If Canada were a failed country, nobody would care about Sir John A. Macdonald or Thérèse Casgrain or Tommy Douglas. It is those who come after who have given them meaning. And it is people like Maayan and Andrew and Jeremy and Mohamed and Lauren who will give meaning to us. And to Canada.

And there are thousands more like them. And thousands more than that. Most everybody knows someone who is doing something amazing. (You can submit your own change-makers at #WeAreTheChange.) These people are not freaks. They have found something that interests them, that so fascinates and absorbs them that they are too busy to focus on themselves. They are not selfless but they have a purpose outside themselves that matters to them more. And look at their faces, listen to their voices; they’re happy. They look like they can’t wait to get up in the morning. They really are the person down the street. They really are who we might be. That’s the exciting part. 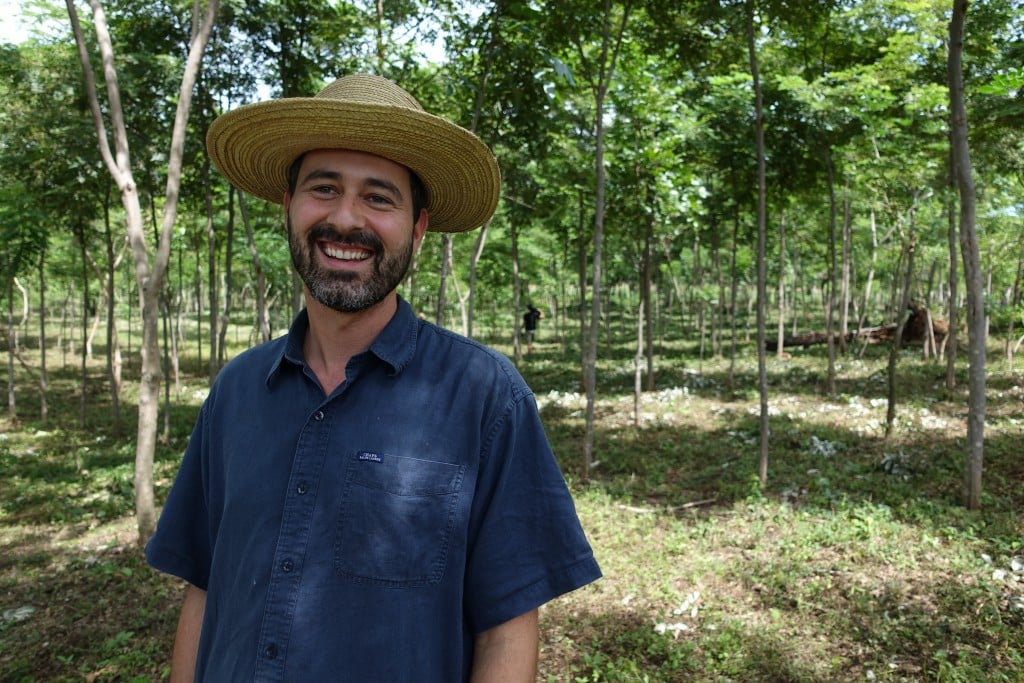 Kahlil Baker: he’s so patient. Patient enough to listen, patient enough to learn and to understand that Nicaraguan farmers will cut their trees no matter what climate change says, no matter what’s good for us, if they can’t feed their families. Patient enough to work with them, to wait for trees to grow, to help them find an answer in the meantime. Crystal Phillips, who was a promising Olympic speed skater until she got MS. Now, as researchers continue the years of work it will take to find a cure for the disease, she helps those afflicted to find a better life. Daniel Werb, working with drug addicts in Toronto, Vancouver and Tijuana. Shawna Pandya, a medical doctor who wants to go to Mars, to learn, and to come back and share her story so others can do even more unimaginable things themselves. One after another. 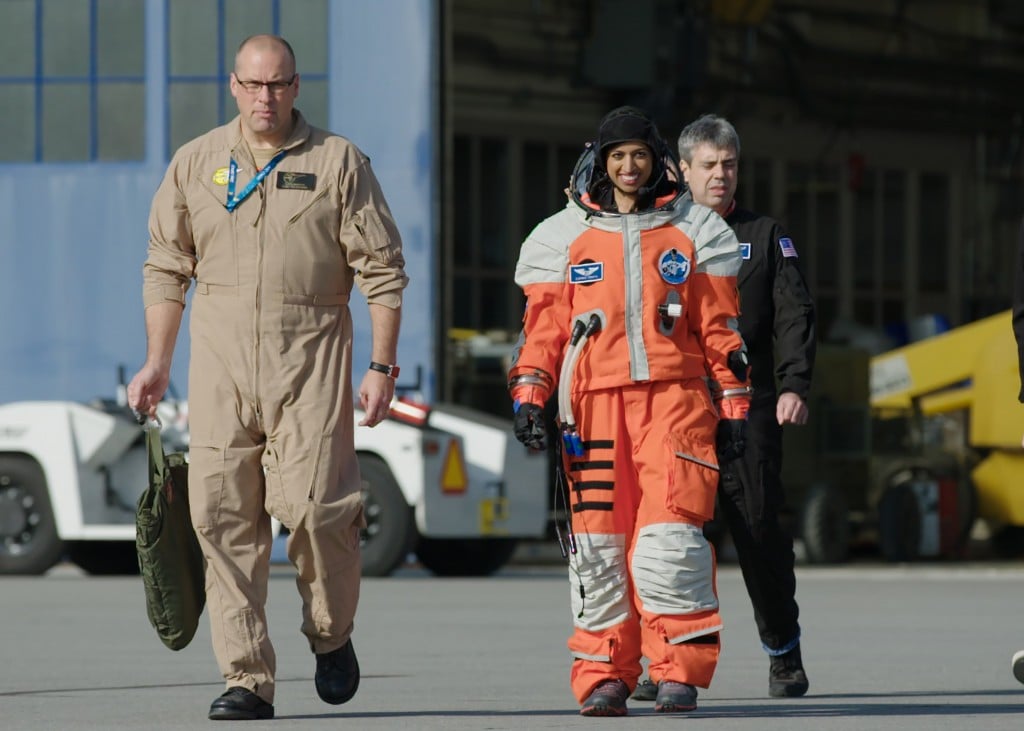 These are not the most inspirational of times. So much of what we see and hear divides and de-energizes us, and hammers us down. I saw the musical Come From Away recently. It is about what happened when 37 planes carrying 7,000 passengers got diverted to Gander, N.L., on 9/11. The show is great; I hope everyone in the world has a chance to see it. Most of all, I hope Canadians see it. It is great for all kinds of reasons—the music, the staging and, of course, the story—but mostly because it’s real, it happened, the tragic and the good, the townspeople and the passengers. People really did behave this way. Sometimes if something is too good to be true, it really is true. Today, we aren’t considered serious or smart if we’re not cynical. But cynical takes us nowhere. These young Canadians are real, too.

The Canadian identity. It has been a preoccupation for my generation and for many before me. Americans are so much more something. The British and French were. What are we? I have been part of torturous debates where the best answer we could come up with was “not American.” In the 1970s, on CBC Radio, Peter Gzowski was looking for a national simile, something to follow “As Canadian as…” to equate with “As American as apple pie.” The winner? “As Canadian as possible under the circumstances.” Funny, wise-sounding, a little self-hating.

But watch these young people. Listen to them. They don’t think about who we are. We are. They do what they do. 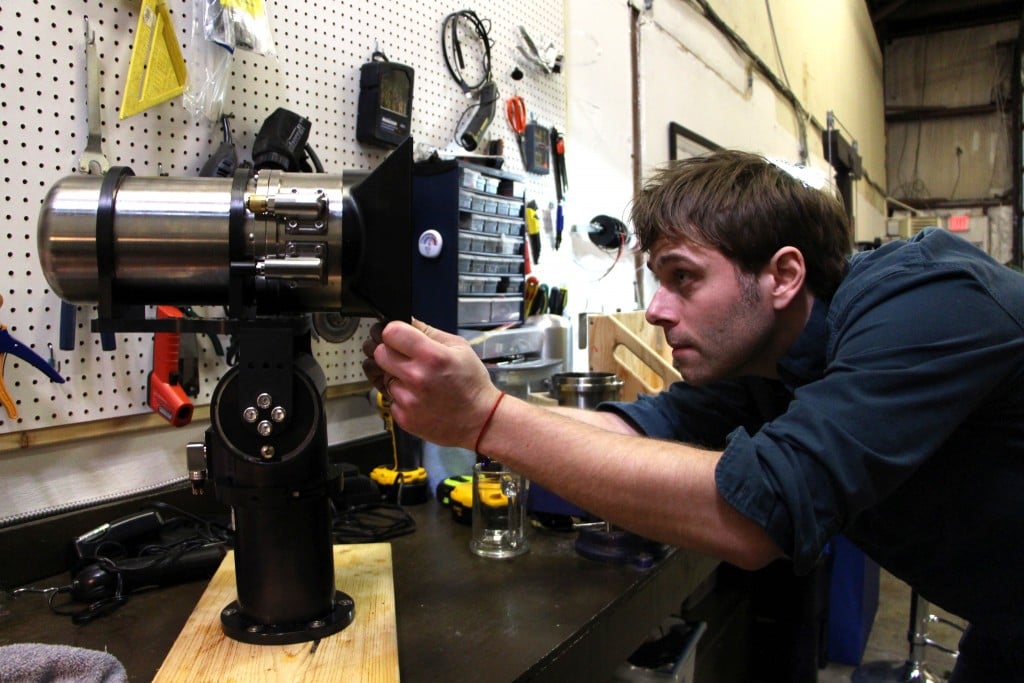 Adam Gobi creates undersea cameras and robotics to explore the deepest parts of the ocean, taking us into places as unknown as space. Adam is restrained. Low-key. Deadly for TV. Early in his segment, after he answers a question, he pauses, smiles his crooked smile and says, “That’s about as excited as I get,” and gives a little Adam laugh. For the viewer, that is Adam’s you-had-me-at-“hello” moment. Then minute after minute we watch what Adam is doing and he is anything but low-key. At the end, when asked what his 10-year-old self might say to all that he’s doing, he pauses, because Adam doesn’t have rehearsed answers, and says, “I think he’d have been, like, ‘Cool.’ ”

Who are we in 2017? Maayan, Andrew, Jeremy, Mohamed, Lauren, Kahlil, Crystal, Daniel and the rest offer us hints. Like Adam, not something written in bold, not with an exclamation mark. We are Canada—period.

Ken Dryden is the creator and co-executive producer of “We Are Canada”, former goaltender for the Montreal Canadiens, and a former member of Parliament.